Professional advice to both employers and employees on settlement agreements.

At Short Richardson & Forth we offer advice to both employers and employees on settlement agreements, and are regularly instructed in relation to large-scale settlements.

We both support clients in handling settlement discussions and prepare carefully drafted agreements to ensure our clients’ interests are protected.

A properly drafted Settlement Agreement is a legal agreement between employer and a (former) employee which sets out the terms upon which the parties have decided to end their working relationship.

Both from the point of view of preparing a Settlement Agreement, and also in understanding the implications of such a document, accurate legal advice is essential. For a Settlement Agreement to be binding the employee must have had advice from a “relevant independent advisor”, usually a solicitor or a certified officer of an independent trade union.

What claims can be compromised?

Provided the Settlement Agreement has been properly drafted then all statutory employment claims – including unfair dismissal and discrimination claims – can be compromised.

Is money paid under a Settlement Agreement tax free?

salary and benefits up to the date of termination;
Payment in lieu of holidays not taken;
Payment in lieu of notice.
It is the last of these which often causes problems in practice. Some contracts of employment will contain specific provisions allowing an employer to bring the contract to an end by making a payment in lieu of notice, often referred to as a “PILON” clause. Where a payment is made under such a clause, it is treated as part of the employee’s contractual benefits and will be taxable, even if the amount in issue is less than £30,000.

What is the position with regard to legal costs?

It is customary for the employer to pay or at least contribute to the costs incurred by their (former) employee in obtaining legal advice on a Settlement Agreement. The payment or contribution often varies; usually the figure will be between £250 and £500 plus VAT. If the issues concerned are particularly complex, a larger amount may be provided for or negotiable. Costs paid directly to the relevant independent adviser on the production of an invoice are not subject to tax. Outplacement counselling costs may not be taxable.

What is the position with regard to restrictive covenants?

What other provisions can be contained in a Settlement Agreement?

Often the parties will wish to agree terms of a reference, or announcements to be given to the workforce or to the general public. Even following employment tribunal proceedings decided in the employee’s favour, a tribunal has no power to compel an employer to provide a former employee with a reference; the provision of a suitably worded reference is often seen as important from the employee’s perspective.

What happens if the money payable under the Settlement Agreement exceeds £30,000 exemption?

From 6th April 2011 an employer has been required to deduct tax at the relevant OT tax code for the employee concerned from any amount by which the settlement payment exceeds £30,000. This has resulted in deductions at rates from 20% to 50% depending on the sums in question and the employee’s tax position. 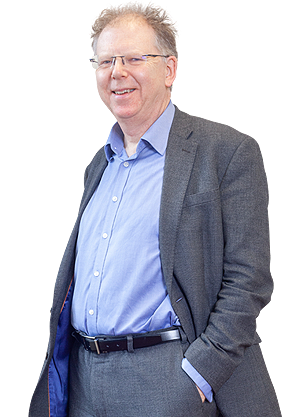