Furlough Fraud – to confess or not confess: that is the question?

Since the introduction of the Coronavirus Job Retention Scheme (CJRS) earlier this year, the Government has sought to protect the employment status of millions of UK workers by essentially paying their wages (up-to a gross £2500 per month). This unprecedented emergency scheme is set to cost the Treasury 10’s of billions of pounds during its lifetime.

The scheme, in its original format, was very straightforward: if the employer wished to retain staff by utilising the scheme those paid-for employees could not:

This is a fairly easy test for any employer to understand and accordingly, any future claim by an employer accused of fraud associated with a furlough claim will struggle to suggest that there was any lack of dishonesty associated with the potentially fraudulent claim.

There is provision to report genuine errors

The reality is that, despite the very generous nature of the CJRS, there has been a significant number of reports to HMRC’s digital reporting service of alleged furlough fraud.

It is unclear whether all of these reports are meritorious, however, each one is likely to be carefully scrutinised by HMRC who will look to both recover any wrongfully-claimed payments and, depending on the individual circumstances, prosecute, most likely under the Fraud Act 2006 which states:

(1) A person is in breach of this section if he—

(a) dishonestly makes a false representation, and

(b) intends, by making the representation—

(i) to make a gain for himself or another, or

(ii) to cause loss to another or to expose another to a risk of loss.

The simple fact is that if an employer claims under the scheme, their employees can’t undertake work (as described above) as well, however discrete that work may be. There is likely to be a temptation to ‘double-bubble’ and ask employees to ‘just do a few hours’ to help with an emergency order or a new contract.

To assist in understanding the rules, HMRC guidance includes the following examples: claiming on individuals’ behalf and not paying them what they are entitled to, asking individuals to work whilst on furlough and/or making a backdated claim that includes times when individuals were working.

Whilst this article is mainly concerned with the position of the employer, what is to stop a prosecution for a conspiracy to defraud in circumstances where employees willingly collaborate with their employers to defraud the scheme with additional, off-the-book payments being made to the employees?

There are exceptions to the prohibition on activities that an individual may ordinarily do whilst working for an employer such as taking part in training. Indeed, it may be that certain professionals must continue to undertake training to meet continuing professional development requirements.

Very recently, there have been two high-profile arrests for alleged furlough fraud and whilst its likely to be some time before we know the outcome of those arrests (in terms of whether there is sufficient evidence to prosecute) it is unlikely that they will be the last.

The ‘fortunate’ suspects will be given some notice of an investigation but it is very likely that HMRC will swoop and deem it necessary to arrest individuals, bringing with that all the fears and anxieties that being arrested would inevitably bring. And lets not forget the reputational damage that would inevitably follow.

Our experienced fraud lawyers at Short Richardson and Forth are more than equipped to deal with any scenario, whether it is responding to a urgent request for legal advice or attending by appointment.

Whatever you do, do not try and represent yourself: interviews under caution are complex and often cases are won or lost depending upon the approach taken at the interview stage.

Call us as soon as you need us and let us help your individuals and your business’ interests. 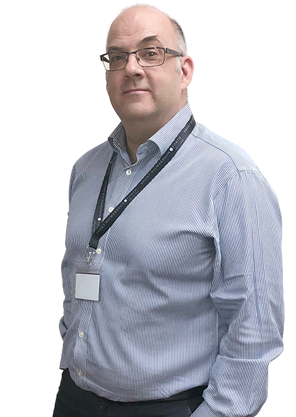