The aim of the BP post is to look at issues, not only in the UK, but within EU markets as well.

It was interesting to note the recent comments of the Governor of the Bank of England, Mark Carney, who suggested that the impact of Brexit could be greater on the EU than on the UK.

France will face some interesting challenges regarding its future constitutional and economic structure given the Presidential elections 2017.  In terms of economic development, France has traditionally struggled with the concept of labour market flexibility.  As a euro country it needs flexible labour markets as it cannot devalue its currency and therefore needs to reduce its labour costs.  Currently, the French labour force is comprised mainly of well protected “insiders” who are on permanent contracts with high wages and “outsiders” who are on fixed term contracts.  There is a distinct lack of that flexibility compared to the UK market with categories of workers such as short termers, zero hour contracts and part time workers, operating as rare breeds.

Various French Presidents over the years have tried to introduce labour market flexibility with little success.  President Hollande introduced reforms in 2016 which tried to encourage local collective agreements as opposed to national agreements and passed measures to try and introduce more flexibility for employers in extending the definition of economic dismissals.  The changes have not done enough to encourage entrepreneurs and a culture of flexibility.

Presidential hopeful Fillon hopes to break the statist tradition and move towards a more free market economy. He has been labelled by the British press as a “Thatcherite”.  His objectives are to slash half a million jobs in the private sector and jettison the 35 hour week in an attempt to promote more labour market flexibility.  This undoubtedly would draw him into a collision course with the small but powerful trade unions.  Another presidential hopeful, Marie Le Pen, wants to adopt a Frexit strategy.  She sees the important step of re-introducing the franc as a crucial platform to promoting economic success Undoubtedly she will also be seeking to introduce greater labour market flexibility.  These are interesting times in France and no doubt the ramifications of the forthcoming election will be felt as greatly within the EU corridors of power as the British vote to leave.

Germany to rule the roost ?

The general confusion amongst other nation states inevitably draws people to look to Germany for guidance and leadership.  2017 will hold elections for the Chancellorship with Angela Merkel in a strong position but given developments across the globe in 2016 it would be a foolish person to predict any outcome.

Germany has a number of challenges over the next 4 – 5 years.  The influx of immigrants has raised serious concerns about integration issues but also the fear of exploitation of the new workforce. The social partners are attempting to strike a balance between opening up employment opportunities and ensuring that the new labour force is not seen as cheap labour.

It was only some 20 or so years ago that Germany was touted as the “sick man of Europe” and its recent economic strength was drawn largely on a dual model of state champions coupled with an increased flexibility to encourage micro businesses.

A key area will be the automotive sector.  Concern has certainly been expressed that in the event that the UK market is subject to any tariffs, then exports in this important area will come under threat.  Developments in the USA could also impact in this key sector.

It is likely to be steady as it goes for German in 2017 but there may need to be some fundamental restructuring and advanced planning taking place to ensure that economic stability rolls over into the next 4 – 5 years.  Given the German’s tradition of being able to plan effectively for such changeable economic circumstances, there is confidence that its robust economy and its political-economic standing will continue.

If Germany were seen as the sick man of Europe 10 – 15 years ago, then Italy currently holds that title.  It has long been seen as the biggest threat to the survival of the euro and the European Union.  Its GDP per head is stuck at the levels of the late 1990s.  Its labour market is sclerotic.  The banks carry high non-performing loans.  The state is burdened with the second highest debt load of the euro zone at 133% of GDP.  If Italy is to default – it will be too big to rescue.  It has long been seen as the third big shock wave to the European Union following the presidential election in the US; and Brexit.

Matters are still up in the air following the rejection of fundamental constitutional change promoted by Prime Minster Matteo Renzi just before Christmas.  The aim  of the Renzi reforms was to try and break through institutional paralysis by reducing the power of the upper house namely the Senate enabling the Chamber of Deputies to have more power.   The Italian public decided to reject this on the basis that they believed that it would create greater potential for one particular party to gain power and control the Chamber of Deputies, limiting the opportunity for checks and balances.

Who will step into the place of Mr Renzi to take matters forward?  Bubbling under the surface is a political party, the Five Star Movement led by former comedian Beppe Grillo who bears a remarkable resemblance to UKIP and populist movements elsewhere across the EU.  Mr Grillo is keen to have a referendum on leaving the European Union seeing it as a source of strangulation of the Italian economy.

Italy has never enjoyed the strongest institutional foundations and has a number of areas where it will need careful restructuring if it is to be a successful hub of economic development in the future.  Its labour market policy is burdensome and very pro-employee which prevents employers from being flexible in moving forward.  The education system is slow moving and the banking system has traditionally been in crisis. Therefore fundamental reforms will need to be implemented.

It remains to be seen whether Italy would be pushed towards a referendum on EU membership.  Certainly if it was to vote to leave then the whole European Union project would be up for grabs and redefinition. 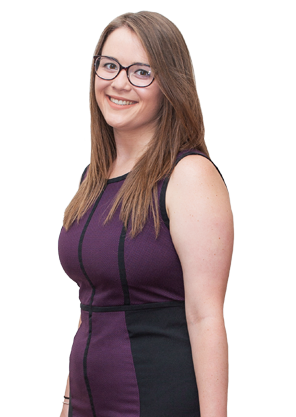