A recent Court of Appeal case, Cosmetic Warriors Limited and Lush Cosmetics Limited v Gerrie (2017), exposed the consequences of omitting from a company’s Articles of Association wording about how an independent valuer is to go about valuing shares when pre-emption rights on share transfers are triggered. “Pre-emption rights” generally mean that existing shareholders have the right of first refusal if a shareholder wishes to transfer their shares so that the existing shareholders can retain the same level of control in a company. “Minority shareholders” are shareholders who do not have a significant degree of control over a company therefore owing only those shares without more does not give the shareholders much decision making power in the company

Cosmetic Warriors Ltd is the owner of the “Lush” brand’s intellectual property rights. Lush Cosmetics Ltd is involved in the manufacture and sale of the cosmetics under licence from Cosmetic Warriors.  Mr Gerrie and his wife (“the Gerries”) were minority shareholders of both Cosmetic Warriors Ltd and Lush Cosmetics Ltd together with another husband and wife couple.  The relationship between the two couples broke down in 2014 resulting in the Gerries wanting to transfer their shares in the company. This triggered the pre-emption provisions of the articles.  The price for the shares could not be agreed by the shareholders, which, under the Articles of Association, meant that the price to be paid was to be determined by independent accountants.  A Part 8 claim was then issued for clarification on six agreed issues relating to the valuation and transfer of the shares.

1.       The basis of valuation - The company argued that the valuation of the price for the shares should be on the basis of what might be achieved for a transfer of that block of shares having regard to, among other things, the status of the Gerries as minority shareholders, if and insofar as the accountants considered that a willing buyer and willing seller of that block of shares would consider the same to be material. The Gerries argued that the valuation should the on the basis of a pro rata proportion of the value of the whole equity of each company (i.e. not taking into account that the sellers were minority shareholders).

5.       The classes of third party transferees – The Articles of Association stated that a seller of shares could sell them to “any person”. The company argued that this meant that a buyer could only be a natural person (i.e. an individual) , not another company. The Gerries argued that there was no such restriction and that the shares could be sold to a company.

The company, having lost during the first hearing appealed to the Court of Appeal. The Court of Appeal however favoured the Gerries’ arguments in relation to issues 1, 3, 5, and 6. The Gerries also succeeded in substance on issue 4. Issue 2 did not arise.

This case highlights the need for companies to be clear when drafting Articles of Association and in particular in relation to share valuations. A failure to do so could lead to disputes going forward which can be costly, both in time and money. Detailed drafting of the Articles of Association, and other company documents (such as a shareholders’ agreement) at the outset when the relationship between the various shareholders is often positive can save more expense down the line.

The Court of Appeal affirmed the judgment of the High Court and gave a decision on the true construction of shareholders’ rights of pre-emption contained in the articles of association of the company.  It also concluded that a clause entitling the company to transfer shares to “any person” did not exclude transfer to a corporation.

If you would like advice on drafting Articles of Association or other company documents, or if you require advice on how to assess the basis of share valuations, please contact Chris Morgan, a solicitor in the corporate department. 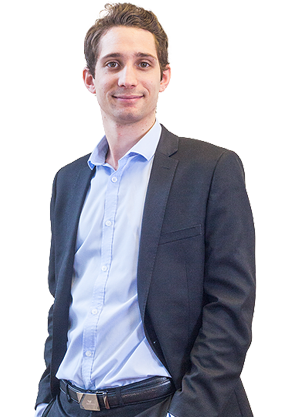